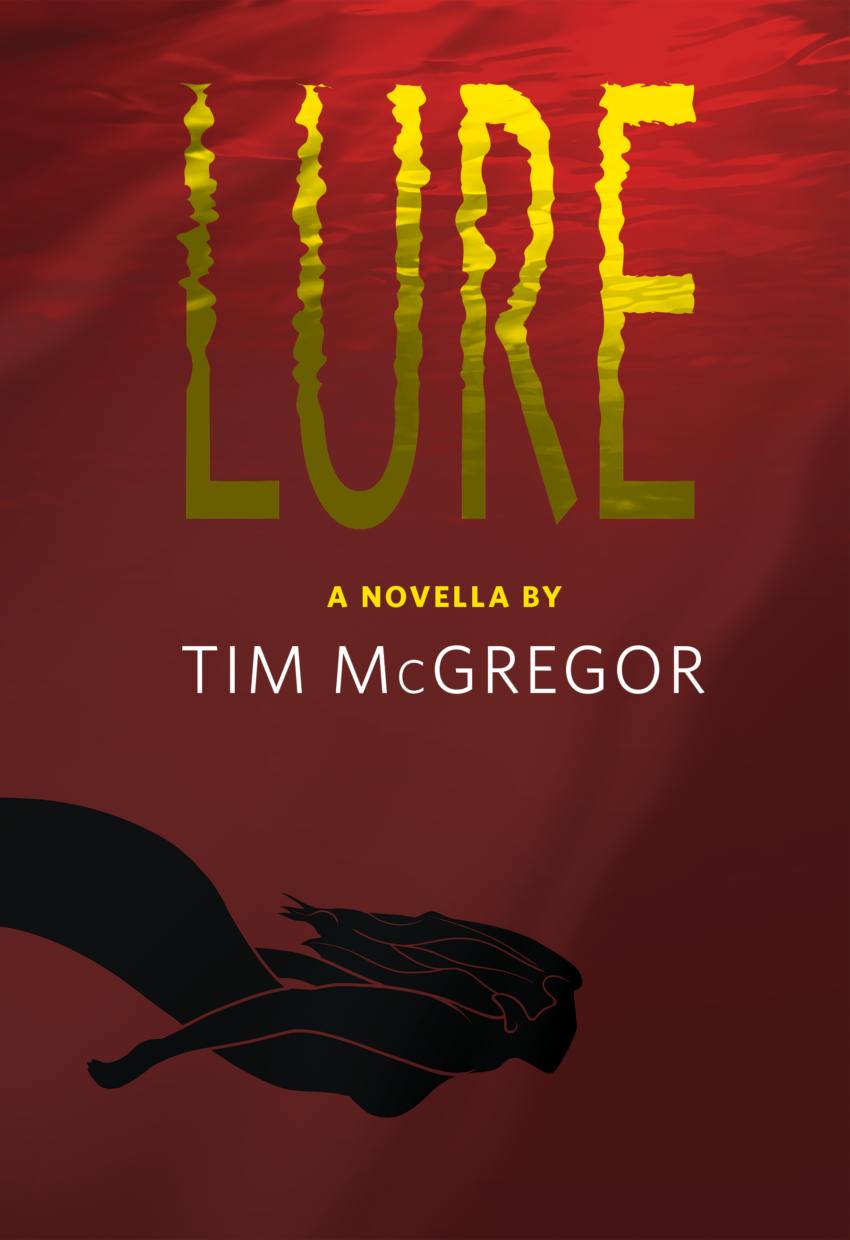 SLM: Hi Tim! Thank you so much for chatting with me about your new novella, “Lure”, Tenebrous Press’ most recent novella release. First of all, I need to say, such an enrapturing story. The allure that tiny little isolated seaside village has is like a gravitational pull. What drew you to telling this story? Any connections with the sea yourself, or was there something else that called you to the tale of the mermaid?

TM: Thank you for the kind words! I can’t remember having as much fun writing as I did with this one. As for the setting… is there anything more appealing than a remote fishing village cut off from the outside world? I have zero connections to the sea myself. I grew up on a small lake, but that was freshwater and held nothing scarier than leeches. For a landlubber like me, I think the sea has a very romantic appeal. The literary/cultural references are staggering when you think about it. Everything from the biblical Leviathan or the Odyssey, from Moby Dick to Treasure Island, or Jaws and the Creature from the Black Lagoon. The sea is primordial, so I think that appeals to all of us in some raw, primal way.

SLM: You are not a stranger to horror. Your backlog is drenched in it, from the Spookshow series to the Bad Wolf Chronicles, and everything in between. What made you such a horror fan? Do you remember the first horror story that got you hooked?

TM: Nice fishy pun! They come so easily with this book. Horror got its hooks into me as a little kid, so it would have been comic books or Scooby Doo. Probably a combination of both. That early love for monsters grew into a love for the horror genre in all its forms and across different media.

SLM: I love your choice of Kaspar as the protagonist in Lure. There are so many perspectives that the story could have been told from, but Kaspar’s journey is so fascinating, and lends to that perfect buildup of dread. How did his character grow as you wrote the story?

TM: Funny you mention that, because this came up during a podcast chat recently, where the host pointed out that Lure could have worked well if told from a young woman’s perspective, like the protagonist’s sister, Bryndis. That was a head-slap moment for me. That hadn’t occurred to me because Kaspar was there from the start as the protagonist. As the son of the reverend and an outsider in this community, he has unique/conflicted perspective on the appearance of a mermaid in their midst and how it all plays out disastrously for almost everyone. But I knew from the start that he was not a “hero.” He has heroic ideas, very male-centric ideas of heroism, but these were always going to blow up in his face.

SLM: What would you say was your biggest challenge or surprise while writing Lure?

TM: To be honest, the biggest challenge was simply putting the book away once it was finished. Lure was so much fun to write, but I became a little obsessed with it. I kept tinkering with it, going through it again and again to tweak things, tighten up all the bolts, so to speak. But sometimes you can tinker with something too much, so I had to force myself to put it in a drawer and work on something else. It’s normal to become obsessed with one’s work-in-progress, but I need to put the project away for a while before I can come back and edit with some perspective. Becoming obsessed was fouling up my process.

SLM: With each story you find yourself writing, what typically tends to be your process? Are there any trademark moves that you’ve noticed in your craft?

TM: I’m a plotter, not a pantser, when it come to writing. I outline everything, but I have a ton of respect for writers who just start with a blank page and go. My outlines used to be extensive and very detailed, but lately, they’re really loose outlines. I think I’m trying to find that sweet spot between plotter and pantser. A plot-pantser? Potted pants?

SLM: What’s your next project? Any other stories in the pipeline that we should keep an eye on?

TM: I have a short story in FOUND: An Anthology of Found Footage Horror, edited by Gabino Iglesias and Andrew Cull. That comes out October 1 and I’m eager to read the rest of the stories there. In November, I have a novella coming out in the My Dark Library series, which is curated by Sadie Hartmann (Mother Horror) and published by Cemetery Gates Media. TABOO IN FOUR COLORS is about a comic book artist in 1970s NYC, whose career is turned upside down when he learns the truth about his reclusive and very eccentric collaborator. Also, my novel, WASPS IN THE ICE CREAM, which was orphaned earlier this year in a publisher collapse, has finally found a home. No official announcement yet, but it looks like it’ll be out in 2023.

SLM: Duly noted! I love the world you’ve created here, and I’m sure your readers are excited to have another story to sink their teeth into. Thanks for sharing your insights on the novella, Tim, and I look forward to seeing your next work!

Tim McGregor is the author of Hearts Strange and Dreadful, the Spookshow series, and a handful of other titles. Taboo in Four Colors comes out in November. Tim lives in Toronto with his wife, two kids, and one spiteful ghost. He can be reached at timmcgregorauthor.com

Sammi Leigh Melville lives in Harrisburg, PA with her two cats, Charlie and Loren. She is the author of the young adult fantasy book, The Fields, writes film reviews for The Burg, and has written and directed several short films through her production company, Screaming Pictures, in an attempt to work storytelling into every aspect of her life (except for the cats. Okay, maybe she tells stories to her cats).