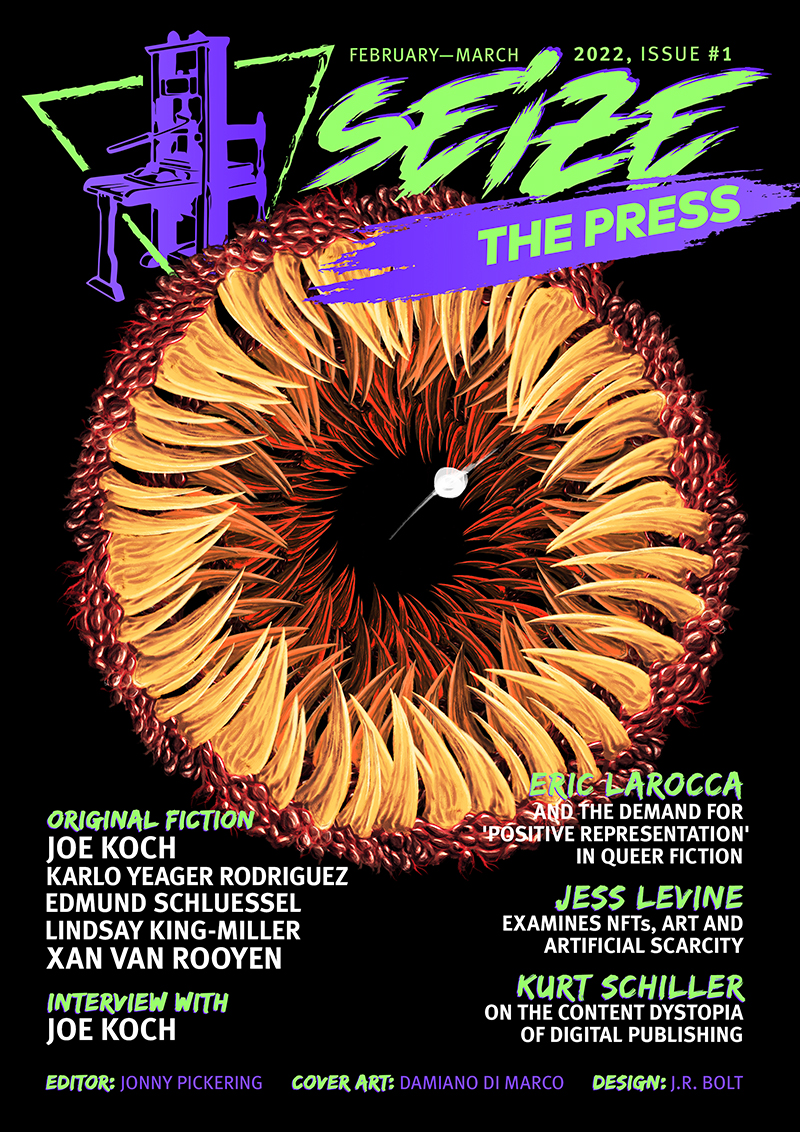 Spend any amount of time perusing the dominant short fiction magazines and big awards and it won’t take you long to see the kind of stories that are being pushed right now. They’re didactic and moralising, very often everything is wrapped up in a neat little package with little room for interpretation or further questions. You can see this clearly in the glut of modern short fiction that attempts to provide answers to classic stories like “The Ones Who Walk Away from Omelas” or “The Cold Equations”, as though these stories are simply literary Rubik’s Cubes that, with just the right amount of tweaking and manipulation, can be ‘solved’, thus freeing their writers to go back to brunch.

There is little room in many of the award-nominated and award-winning magazines for writers who want to explore dark topics without being scolded by the industry (and by a subset of readers) for not being explicit in their moral condemnation of flawed characters or for portraying marginalised characters in anything but a positive light. Nowhere is this more apparent than in reactions to the writing of marginalised authors themselves.

Publishing has made great strides in recent years to feature a more diverse range of voices and representation; it’s no longer uncommon in big, mainstream fiction to see LGBTQ relationships on the page or to have people of colour kicking ass as main characters, but the scope of what is deemed acceptable representation is still severely limited. One high profile case was Eric LaRocca, whose book Things Have Gotten Worse Since We Last Spoke caused outrage for its lack of ‘positive representation’ of lesbian relationships. As Eric states in his article in this issue of Seize The Press, “Disaster Queers and the Troglodytes Who Mean Them Harm”, “The fact of the matter is that we, as queer people, are not pillars of perfection. We are not exemplary beings sent to earth to serve as martyrs for our queerness.” Marginalised characters deserve the full spectrum of representation, warts and all.

That’s a big part of what I want for this magazine. A publication that gives space to writers to go dark and weird places without the expectation that their characters be paragons of moral virtue or act wholly as representatives of a particular community.

Just as importantly, in a media landscape dominated by multi-billion dollar corporations that insidiously market themselves as our best friends, I want Seize The Press to be a publication that expands a genuinely left wing and anticapitalist criticism of corporate art. Thankfully, there are already some great people out there doing good and important work; magazines like Blood Knife and podcasts like Rite Gud and Struggle Session; I want Seize The Press to be another of these shining lights in what can sometimes feel like an ocean of darkness.

I hope you enjoy.